Jackson ended his 2016 season by winning the first running of the Yamaha R3 Cup at the WERA GNF at Barber Motorsports Park.

Hi, my name is (Action) Jackson Blackmon and I am a young road racer out of Rock Hill, South Carolina. I am currently 19 years old, 5ft 8in, and 140lbs. I began riding at about the age of 7 on dirt bikes and shortly after that I started riding supermoto on a Honda crf50 and have slowly moved up through the ranks since then. I really enjoy racing motorcycles and I hope to keep doing it for many years. Outside of racing I enjoy cycling, mountain biking, and fishing. Racing is a awesome sport and my goal is to one day become MotoGp Champion. Until then I will work my hardest to the best rider and person I can be. I’d say my most memorable accomplishment has to be my first 2017 MotoAmerica Rc Cup win at Virginia International Raceway, it was my first professional win and at one of my favorite tracks. 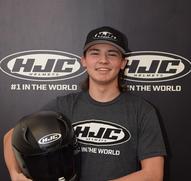 Jackson ended his 2017 MotoAmerica season in 4th overall with 3 wins, and a combined of 7 podium finishes. 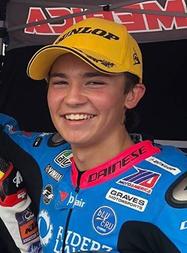 Jackson raced for Robem Engineering in the 2020 Twins Cup Championship. Scoring two podium finishes, a second place at Road America and a third place at Barber Motorsports Park, and 4th in the series points.